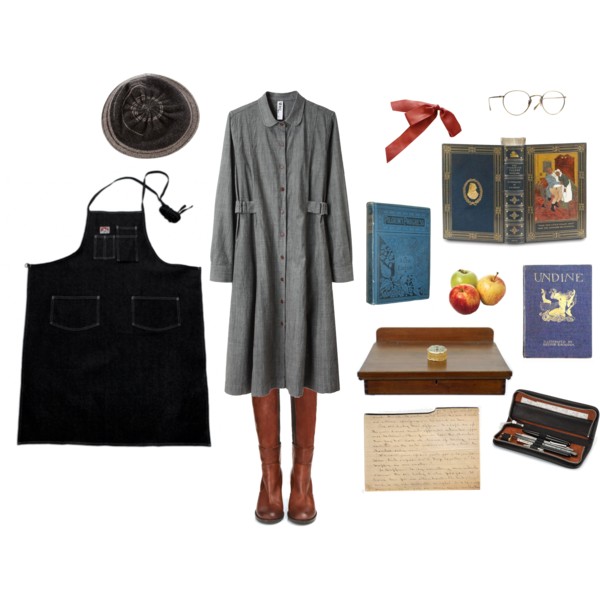 I want to do something splendid ... something heroic, or wonderful—that won’t be forgotten after I’m dead. I don’t know what, but I’m on the watch for it, and mean to astonish you all, some day. I think I shall write books, and get rich and famous; that would suit me ...

George Bailey, It's A Wonderful Life

Little Women is the first book I remember reading on my own. I was eight years old, and it took me the better part of a year to work through it, puzzling through the mysteries of Pickwicks and pilgrims, tarlatans and tin kitchens. As soon as I finished it, I began it again. I read it over and over - at least once a year until I went to college. It pointed me to other books - Pilgrim's Progress, The Vicar of Wakefield, endless volumes of Dickens, and the collected works of Louisa May Alcott. Along the way, it wound through the foundation of my childhood, bending and shaping the way I understood the world and what it means to grow up.

Like many before and since, Jo March was my favorite. Smart and impulsive, funny and flawed. I loved picturing her in the attic, writing furiously and telling her family that 'genius burns', or reading on the sofa, eating apples in the company of a pet rat. (Rats were a theme with my childhood heroines - Jo had Scrabbles, Sara Crewe had Melchisedec.) I never expected her to marry Laurie- he was a brother and a friend, and my eight-year-old self didn't see any reason Jo had to marry anyone - but I was crushed to read about her grown-up life. Amy went off to Europe and became the lady fair, Meg got married and had babies, but Jo's dreams never got a full field of play. Instead of the world bending to her will, she bent herself to the rigid shape the world offered. Daughter, sister. Wife, mother. Teacher, authoress. Her family needed money, so she wrote what sold. Her sister needed a nurse, so she put everything aside and devoted herself to the job. In the end, she marries an older, impoverished professor and starts a family and a school for boys (Alcott got so many letters pleading for Jo to end up with Laurie after the publication of the first volume that she decided against it, creating a 'funny match' for her instead. She later said that Jo should have been a literary spinster. Simone de Beauvoir recalled that Jo's refusal of Laurie made her realize marriage was not the only choice.) Eventually, she gets a measure of literary success, but it is of a humbler, homier flavor than what she (and I) hoped for. Duty rules, but she finds happiness.

I can never decide if this was a good thing or a tragic thing for my eight-year-old self to discover.

Around this time of year, I re-watch It's A Wonderful Life. I love the story of George Bailey, irritable and idealistic, stubborn and moral. His successes are the humblest and homiest - a loving wife, happy children, necessary work. Like Jo March, he never gets what he wants - to go to college, travel the world, leave Bedford Falls behind. Instead, he gets little victories and a restless heart - and of course, a visit from an angel to show him it was all worthwhile and teach him to love what he has.


Since we don't all get angels, we have to take it on faith that our sacrifices matter. Little Women and It's A Wonderful Life idealize something that is often hard and sad and lonely - unselfish choices made by imperfect people. They fill a hungry space in the heart - the space that wants meaning and matter equal to the most epic stories.

Most people have lives of ordinary greatness, placed in a small circle of love and importance. Extraordinary greatness requires a degree of selfishness, a certain ruthlessness of purpose in addition to ambition and talent. If we can't have that extra part - that part that makes us put ourselves first, first and always, that part that believes that whatever we want most is worth the cost - why have the heart that wants more? Why can't we fit comfortably to the life we have?

Last month, I posted a quote about the pull of instinct - a description of barnyard ducks called to flight by the migrating patterns of wild birds. It's a romantic idea - that hidden deep in domesticated blood, there is something untamed and essential. That we can feel the call to something more is a mixed gift. Without the ability or opportunity to answer, it is a torment to master.  Jo March and George Bailey fight this fight. Their stories are reminders that we have to live the life we have, and all we can do is make the best of what we are even if it is not all we can be.

My favorite passage in any book is the ending of Middlemarch. It's never far from my thoughts:


Certainly those determining acts of her life were not ideally beautiful. They were the mixed result of a young and noble impulse struggling amidst the conditions of an imperfect social state, in which great feelings will often take the aspect of error, and great faith the aspect of illusion. For there is no creature whose inward being is so strong that it is not greatly determined by what lies outside it. A new Theresa will hardly have the opportunity of reforming a conventual life, any more than a new Antigone will spend her heroic piety in daring all for the sake of a brother's burial: the medium in which their ardent deeds took shape is for ever gone. But we insignificant people with our daily words and acts are preparing the lives of many Dorotheas, some of which may present a far sadder sacrifice than that of the Dorothea whose story we know.

Her finely-touched spirit still had its fine issues, though they were not widely visible. Her full nature, like that river of which Cyrus broke the strength, spent itself in channels which had no great name on the earth. But the effect of her being on those around her was incalculably diffusive: for the growing good of the world is partly dependent on unhistoric acts; and that things are not so ill with you or me as they might have been, is half owing to the number who lived faithfully a hidden life, and rest in unvisited tombs.

Labels: films, george eliot, helen keller, imaginary outfit, it's a wonderful life, louisa may alcott
Newer Post Older Post Home
What sort of diary should I like mine to be? Something loose-knit and yet not slovenly, so elastic that it will embrace anything, solemn, slight or beautiful, that comes into my mind. I should like it to resemble some deep old desk or capacious hold-all, in which one flings a mass of odds and ends without looking them through. I should like to come back, after a year or two, and find that the collection had sorted itself and refined itself and coalesced, as such deposits so mysteriously do, into a mould, transparent enough to reflect the light of our life, and yet steady, tranquil compounds with the aloofness of a work of art. The main requisite, I think, on reading my old volumes, is not to play the part of a censor, but to write as the mood comes or of anything whatever; since I was curious to find how I went for things put in haphazard, and found the significance to lie where I never saw it at the time.