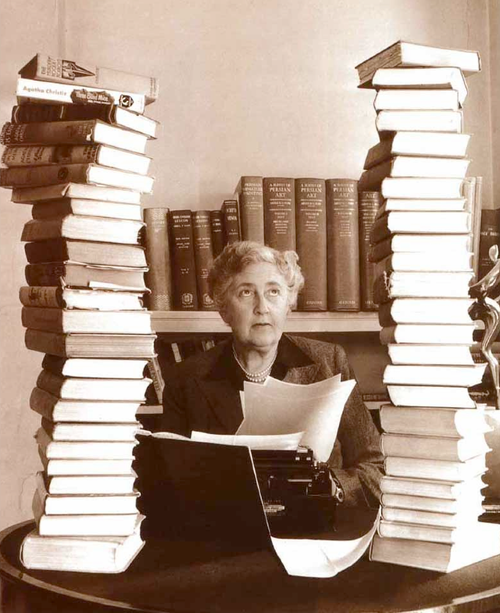 Some of what I've read since February.

Will Hermes: Love Goes To Buildings on Fire. A history of the music scene in NYC from 1973 to 1977. Weird mix of pedantic overkill and fanboy longing to be part of an ephemeral moment, but interesting stuff here and there.

Ronald Radosh and Joyce Mitlon: The Rosenberg File. Superbly researched account of the infamous Rosenberg case, the only civilians executed for spying in American history. For decades, many believed the Rosenbergs were innocent, but evidence revealed that Julius Rosenberg had passed information to the Soviets and his wife knew about it; whether that information was enough to merit the death penalty is still debated. Weirdly and sadly like a Le Carré novel; no super spies, only ordinary people on both sides making terrible selfish decisions that ended in disaster.

W. Somerset Maugham: The Moon and Sixpence: The story of Charles Strickland, a man who abandons his wife, children, friends and career to pursue his passion for painting, told from the perspective of someone who did not know him well or understand his art. The conceit of the novel is that Strickland is such a great artist that the author feels compelled to share his own fragmentary encounters with him. It's a crafty and clever way for Maugham to explore the way biography calcifies around something fundamentally unknowable — someone else's life and motivations — and turns it into an object we feel we can understand. Strickland's strange and savage choices create a trail of painful wreckage that the world accepts once he dies and gets the mantle of genius.

Hilary Mantel: Wolf Hall: The reign of Henry VIII through the eyes of the calculating and bloodless Thomas Cromwell. A brainy-ish sort of beach read that would make a movie or miniseries I would probably find more enjoyable.

William Gaddis: The Recognitions. Reading this was like watching Jacob wrestle with the angel. Gaddis tackles the disorienting problem of authenticity through the sprawling, loosely interconnected stories of a group of people tied together through their relationship to Wyatt Gwyon, a tormented forger of Flemish paintings. It's massive, messy, impossibly erudite, frustrating and gripping. I'll need to reread it again..

Ford Madox Ford: Parade's End. Four novels about Christopher Tietjens, his sadistic wife Sylvia, and his honest mistress, Valentine Wannop, in the years before and after WWI. Explores a whole world of hells: miserable marriages, thwarted love, social climbing, family disappointments, trench warfare. Ford's characters are addictive; like real people, they are aggravating, not quite knowable, and completely fascinating. One to reread. Julian Barnes is a fan, too.

W. Somerset Maugham: Cakes and Ale. Similar themes to The Moon and Sixpence, this time dealing with a famous writer's disreputable first wife and the plans of his rigidly correct second wife and officious biographer to try and edit her out of his life story.

Robert K. Massie: Catherine the Great. A sprawling, chatty page-turner, despite its size and scope.

Flann O'Brien: The Third Policemen. Pure awful delight. I love this quote by Charles Baxter: 'The tone of this novel is not moralistic, or earnest, but slippery and weirdly offhanded. In it, language is like a fish you’ve caught that has slipped out of your hands and is flopping around in the boat.'

Roald Dahl's Book of Ghost Stories: Nothing was as scary as Dahl's introductiont: 'But to go back to women as writers. For about a hundred and thirty years they have been producing good novels, even some great ones. But they don't seem to be able to write plays or top-rate short stories. I don't think a woman has ever written a classic play. And as for short stories — no, not really. By this I mean really great short stories.' He goes on to say that for some reason they excel at ghost stories and childrens' stories.

W. Somerset Maugham: The Painted Veil. A woman's careless infidelity has tragic consequences, transforming her understanding of herself and who she wants to be.

Clarice Lispector: The Passion of G.H. A woman's internal crisis as she watches a cockroach die, told in humid, smothering prose. Interesting, but not enjoyable.

Eliza Fay: Letters from India. Originally printed in 1817, then discovered by E.M. Foster in 1925, Mrs. Fay's letters describe her hair-raising travels through Europe, Africa, and India in the late 1700s. Katherine Anne Porter admired her 'sharp unsentimental middle-class' eye, and that is what makes her story so extraordinary. It's a direct communication from a voice that wasn't supposed to carry through history. Even though the letters are sometimes tedious, it's startling to read them and think that the Revolutionary War is happening half a world away, the Industrial Revolution is finding its legs, the novel is still a new form, slavery is legal, and here is a woman – and not a wealthy woman – surviving being a hostage, breaking with her husband, going into business for herself, traveling back to India three times, and writing it all down.

L. Sprague de Camp: Lost Continents: A smug and prosy dismemberment of the Atlantis myth. More interesting for all the frauds he references than the arguments he makes.

Siri Husvedt: Living, Thinking, Seeing. Interesting and not-so-interesting ideas systematically pulled apart until they became sad dead things. Too much talk about psychoanalysis, too much repetition, too much sterile and chilly mind.

Nigel Nicholson: Portrait of a Marriage. Nicholson's mother was Vita Sackville-West; and he uses her own writings as the framework for this startlingly frank and compassionate look at his parents' unconventional and deeply loving marriage.

Dorothy Hughes: The Expendable Man. A thrilling trick novel with a noirish feel about a young man who picks up a teenaged hitch hiker with disastrous results.

Herman Melville: Bartleby the Scrivener. Any story that has characters named Turkey, Nippers and Ginger-Nut wins. I could say more, but I prefer not to.

Ford Madox Ford: The Good Soldier. Just reread for October's book club. The story of two couples' strange relationship, told through the elliptical reminiscences of Dowling, one of the four. What seems straightforward enough snarls into layers of confusing complication, half-truths, and outright lies. What exactly happened? Is anyone concerned truly good or bad? Is Dowling an idiot or genius? I can't wait to discuss.

In progress: a hundred pages from the end of The Woman in White, and 2/3 through Jules Michelet's The Sea. He's like a dear batty brilliant uncle telling stories you can only half believe.

Labels: agatha christie, books, photography, read lately
Newer Post Older Post Home
What sort of diary should I like mine to be? Something loose-knit and yet not slovenly, so elastic that it will embrace anything, solemn, slight or beautiful, that comes into my mind. I should like it to resemble some deep old desk or capacious hold-all, in which one flings a mass of odds and ends without looking them through. I should like to come back, after a year or two, and find that the collection had sorted itself and refined itself and coalesced, as such deposits so mysteriously do, into a mould, transparent enough to reflect the light of our life, and yet steady, tranquil compounds with the aloofness of a work of art. The main requisite, I think, on reading my old volumes, is not to play the part of a censor, but to write as the mood comes or of anything whatever; since I was curious to find how I went for things put in haphazard, and found the significance to lie where I never saw it at the time.