books for the polar vortex 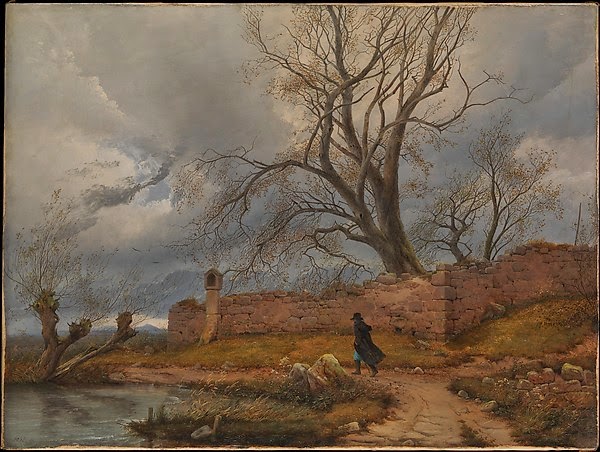 All week, the weather maps have shown swaths of blue and purple moving across the northern parts of the United States, with frosty, italicized all-caps letters reading POLAR VORTEX. Yesterday, the air had an edge of frost. The little birds came in droves to the feeders, and the squirrels started their siege for seeds. I took my cues from them, and made a pot of chili and baked oatmeal chocolate-chunk cookies (I use melted butter instead of coconut oil and they are perfectly delicious). This morning, we woke up to steady fall of flurries, the kind of delicate dusting snow you don't quite believe can accumulate, but somehow does.

Cold weather is my favorite reading weather. Heat makes my brain feel lazy and sluggish, and spring and fall are times for being outside as much as possible. But winter has plenty of afternoons and mornings where staying at home curled up on the couch feels like the most sensible way to spend time. Snow helps.

Here's my list of books for wintery November days. I thought about organizing them by theme — books about polar adventure and terrible freezes, for example — but decided to go with plain old engrossing reads.

The Original Folk and Fairy Tales of The Brothers Grimm: The Complete First Edition, translated and edited by Jack Zipes: Just released, and I can't wait to get a copy. I have an ongoing fascination with myths and fairytales — the older, stranger and bloodier the better. This edition goes back to the original 156 stories collected by the Grimms, and includes tales I've never read or heard of, like 'How the Children Played at Slaughtering' and 'The Children of Famine.'

Jonathan Strange and Mr. Norrell by Susanna Clarke: A big, fat novel that tells story of two rival British magicians at the turn of the 19th century. I've read this several times, and I sometimes think I like it best for the story that's not quite in the pages of the book: the footnotes detailing imaginary works by imaginary medieval British magicians, canny references to English folklore and theories of fairyland. One of the best parts is that the magic is not quite what you expect: strange and sometimes useless, which is how I've always suspected actual magic might be, if there was such a thing. Clarke spent ten years working on this, and you can tell: there is a depth of detail that you'll either find intoxicating (like me and my sister) or stultifying (like my mom). And the sinisterly cheery Man with Thistledown Hair makes me shiver.

The Gormenghast Trilogy by Mervyn Peake: I've written about this book (well, three books) before; it has stayed lodged in my mind like a burr. It was not easy to read, and I have been waiting for the right moment to pick it up again because it is such a mental commitment. That said, I've rarely read anything so actively inspiring. As a small child, I used to find myself needing to draw the characters or scenes in a story. My sister and I used to draw the March sisters' house, the Ingalls' covered wagon and the beaver's den in Narnia. This is maybe the only thing I've ever read as an adult that gave me that impulse. As I was reading Gormenghast, I wanted to build a model of the castle, or draw the writhing sea of cats. I suppose I should be worried if I re-read it and start making mashed potatoes.

Shelley: The Pursuit by Richard Holmes: Holmes has a gift for turning reams of research into readable, engrossing stories. I enjoyed Falling Upwards and I loved The Age of Wonder, so now I am hungry for more. Shelley seems like a good place to start, though Coleridge is tempting.

Masters of the Age: Master Painters of India, 1100-1900. Of all the exhibits I've seen at The Met, this was my favorite. Most of the works were illuminated manuscripts, and the images were small and meticulous; there were magnifying glasses on hand to see the details, some painted with single squirrel-hair brushes. I remember being especially dazzled by the margins of the pages, which were sometimes filled with intricate, shadowy patterns in gold of things like forests and fantastical creatures.

The Empire Trilogy by J.G Farrell: I've just finished the first two books, and am about to start the third. I can't speak to The Singapore Grip, but Troubles and The Siege of Krishnapur handle darkness with a light touch. The NYRB says they are a portrait of the "follies of empire," and that's about the pithiest way to put it. Tragedy, hilarity, absurdity, obliviousness and horror weave through each story, and there is a deadpan, detailed quality that reminds me a little of a less-magical Wes Anderson. The books each stand completely on their own, so you can read them in any order or singly, which is nice if committing to three books sounds daunting.

Looking this over, I suppose I should stop here, although I know there are at least twenty other books I'd like to add: books about mountains, poems about bees, histories about Alcotts ... always too many books. And of course, the reading mood shifts in December, when I know I'll find myself wanting to re-read Pickwick and holiday things.

Labels: art, books, julius von leypold, secret recipes, trees
Newer Post Older Post Home
What sort of diary should I like mine to be? Something loose-knit and yet not slovenly, so elastic that it will embrace anything, solemn, slight or beautiful, that comes into my mind. I should like it to resemble some deep old desk or capacious hold-all, in which one flings a mass of odds and ends without looking them through. I should like to come back, after a year or two, and find that the collection had sorted itself and refined itself and coalesced, as such deposits so mysteriously do, into a mould, transparent enough to reflect the light of our life, and yet steady, tranquil compounds with the aloofness of a work of art. The main requisite, I think, on reading my old volumes, is not to play the part of a censor, but to write as the mood comes or of anything whatever; since I was curious to find how I went for things put in haphazard, and found the significance to lie where I never saw it at the time.