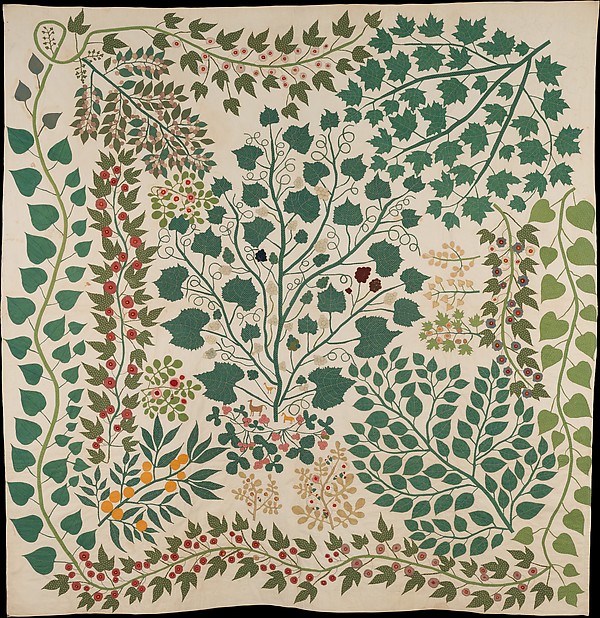 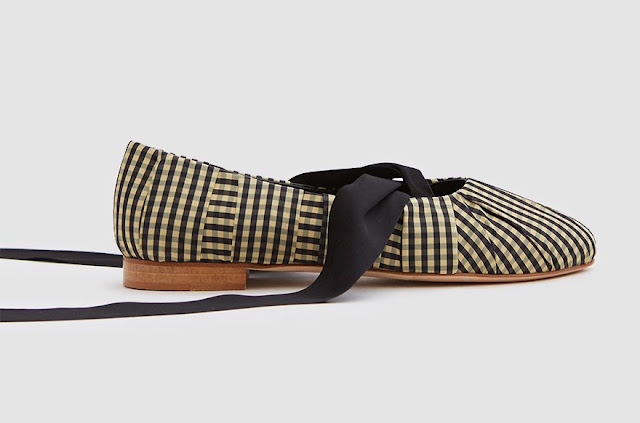 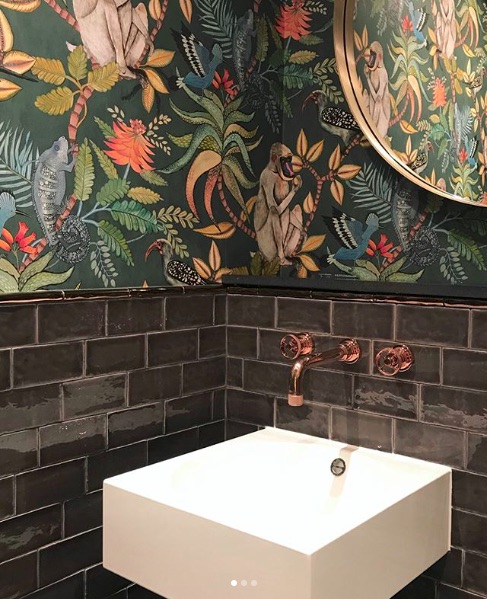 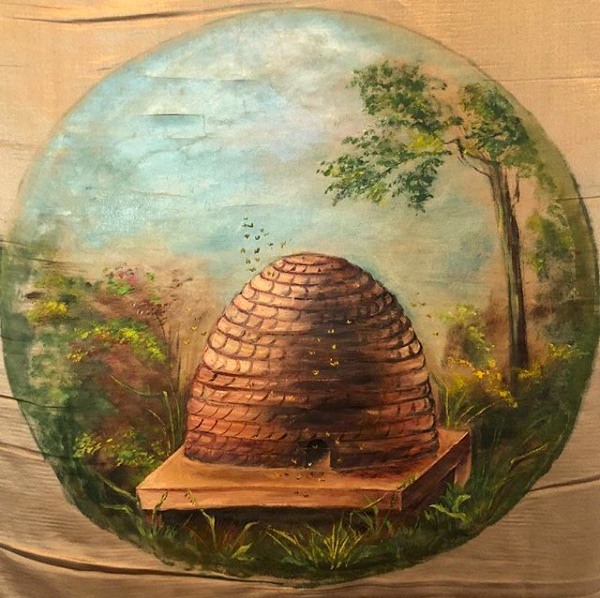 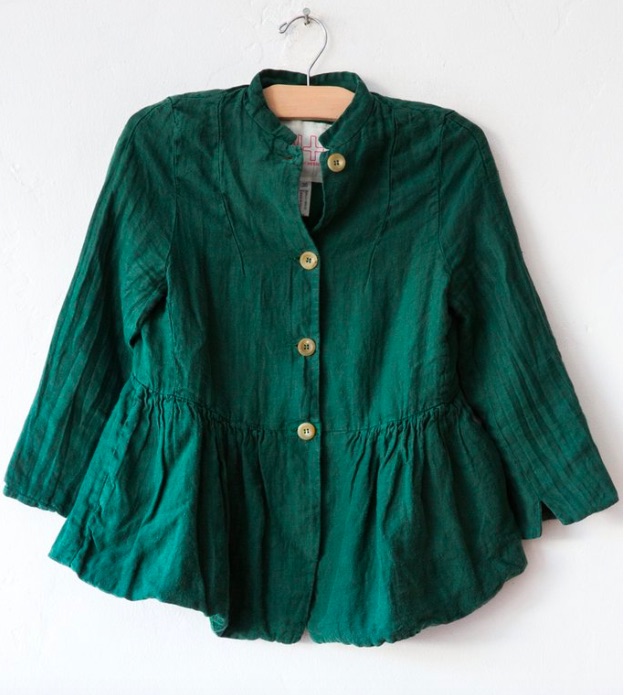 From top:
Branches and vines quilt in cotton, silk, and wool, ca. 1875. Made by Ernestine Eberhardt Zaumseil.

Cole and Sons Ardmore Savuti wallpaper in the showroom of Kvanum Danmark.

'Beehive.' Oddfellows banner, ca. 1900. Part of to Further Seasons, a show curated by Lucia Simek at The Reading Room — 'a show about fecundity, blossoming, pollination, scientific exploration, horticulture, wizardry, danger, and beauty.' (I so wish I was Dallas so I could see this — open through June 9.)

Hannoh Wessel Vionette green jacket. (One of the things I loved about the new 'Howard's End' was the costuming for Margaret and Helen Schlegel; in the first few episodes, they are always wearing one thing with deep, bright color, usually red or blue. I've been channeling vibrant and unabashed Schlegel dressing by finding ways to wear more bright color; this green is my current obsession.)


“Sometimes we feel like something sour and sweet at the same time . . . and sometimes we need chocolate but mixed with some fruity surprises . . . It all depends on how we feel, our mood, the weather . . . . You could say that each person’s candy bag reflects the state of mind of that person.”

'Why is editing the best job on Earth? Because you learn facts like these.'


(Fascism, he said, is “any regime that not only prevents one from speaking but above all obliges one to speak.”)


Beckett was not a Jew. He had merely had a tiny taste of the poison of anti-Semitism. Beckett had not directly experienced torture at the hands of the Gestapo or deportation to a concentration camp. He had merely experienced these things indirectly, through the fates of his friends and through basic human compassion. He was left therefore with a paradox: the need to express what he had not experienced, to be a witness to what he had not seen. His art would come from having no power to witness, no desire to witness, no authority as a witness—together with the absolute obligation to witness.

Obligation to witness, obligation to speak: I am calling my representatives this week to demand an end to this abomination, to advocate for choice, and to ask, again, again, for gun control.

Baby Coffee 8: Clogs are a Window: 'Explorations of clogs as the ultimate in women's footwear, by Andrea Linett, Heather Anne Halpert, and Koyuki Smith.'

Labels: art, bees, bugs, cole and sons, colorful things, jewels, odds and ends, quilts, shoes, things for houses, things for walls
Newer Post Older Post Home
What sort of diary should I like mine to be? Something loose-knit and yet not slovenly, so elastic that it will embrace anything, solemn, slight or beautiful, that comes into my mind. I should like it to resemble some deep old desk or capacious hold-all, in which one flings a mass of odds and ends without looking them through. I should like to come back, after a year or two, and find that the collection had sorted itself and refined itself and coalesced, as such deposits so mysteriously do, into a mould, transparent enough to reflect the light of our life, and yet steady, tranquil compounds with the aloofness of a work of art. The main requisite, I think, on reading my old volumes, is not to play the part of a censor, but to write as the mood comes or of anything whatever; since I was curious to find how I went for things put in haphazard, and found the significance to lie where I never saw it at the time.