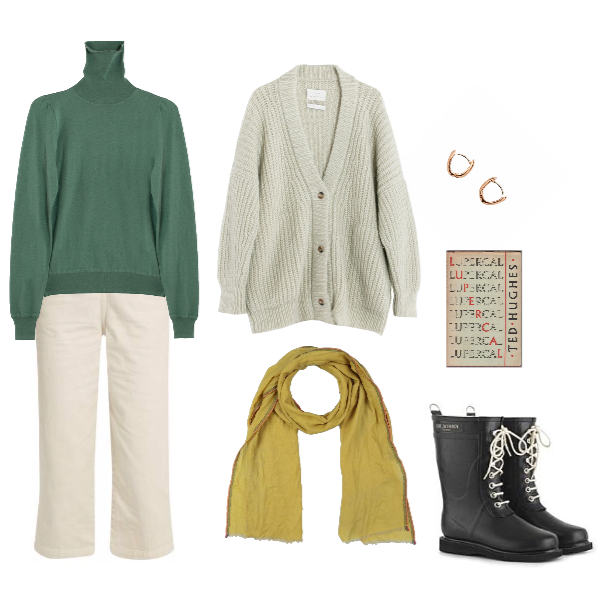 We've been on the lookout since the end of February; that's too early, but we can't help ourselves. Booted and layered, we trudge across the street to the schoolyard after the children leave, our eyes on the mud. Specific patches are the ones to watch; that's where they'll be. We check every day, and finally, there they are. Delicate green fingers, fine as ribbon, reaching up and out of the dirt. It feels like forever until the flowers appear; still, even though we are looking, they always take us by surprise. Snowdrops: pale as skim milk, bell-like harbingers of spring. Hugh picks one from the thin little cluster that grows behind the house (ours are always the last to bloom); set in a small Duralex glass on the windowsill catching the pale March light, nothing could be lovelier.

When we bought our house, it was November, the trees were bare, and sun streamed in through the many windows. After five years in a New York apartment with just three windows, their sheer number convinced us the house would be sun-filled year round. We were glad of the many trees, but somehow did not put together in our dazed first-home-buying minds that tall trees around a small house meant shadowy summers; later, we discovered that when the trees are in full leaf, the house is cool and shadowy, and patches of sunlight in our yard are rare and fitful things, making most of our garden dreams impossibilities.

After attempting to muster enthusiasm for hostas, I've decided to make a garden for the bare-tree early spring days. Snowdrops will be the centerpiece—snowy tufts, hoarded and cultivated, maybe with the most special varieties in a theater of thier own. A galanthophile's dream.

Labels: imaginary outfit, snowdrops
Newer Post Older Post Home
What sort of diary should I like mine to be? Something loose-knit and yet not slovenly, so elastic that it will embrace anything, solemn, slight or beautiful, that comes into my mind. I should like it to resemble some deep old desk or capacious hold-all, in which one flings a mass of odds and ends without looking them through. I should like to come back, after a year or two, and find that the collection had sorted itself and refined itself and coalesced, as such deposits so mysteriously do, into a mould, transparent enough to reflect the light of our life, and yet steady, tranquil compounds with the aloofness of a work of art. The main requisite, I think, on reading my old volumes, is not to play the part of a censor, but to write as the mood comes or of anything whatever; since I was curious to find how I went for things put in haphazard, and found the significance to lie where I never saw it at the time.