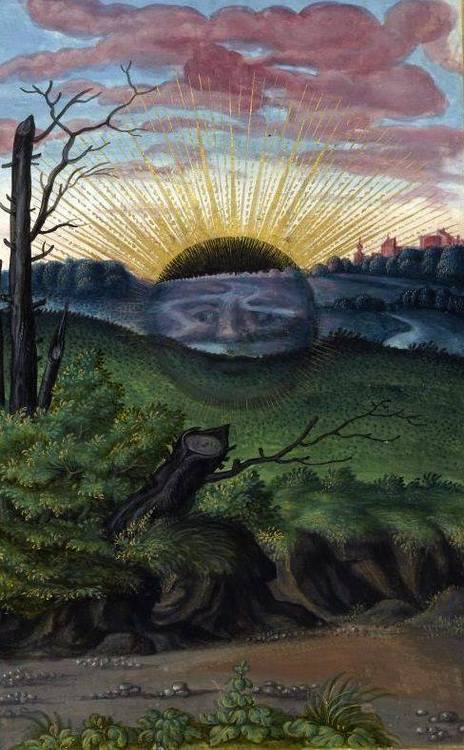 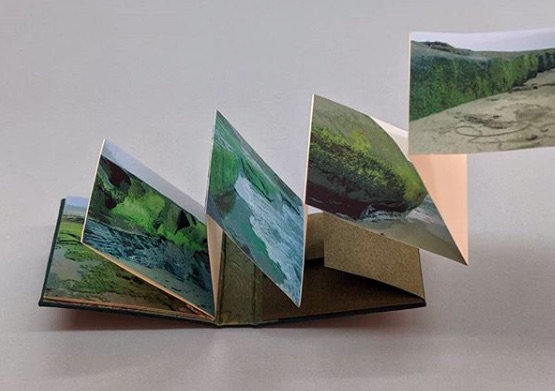 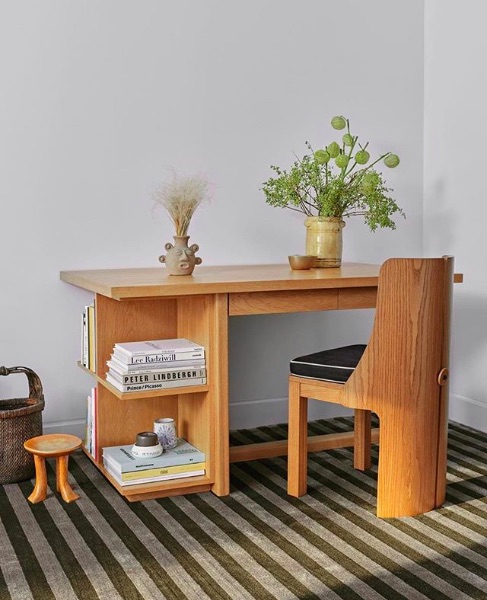 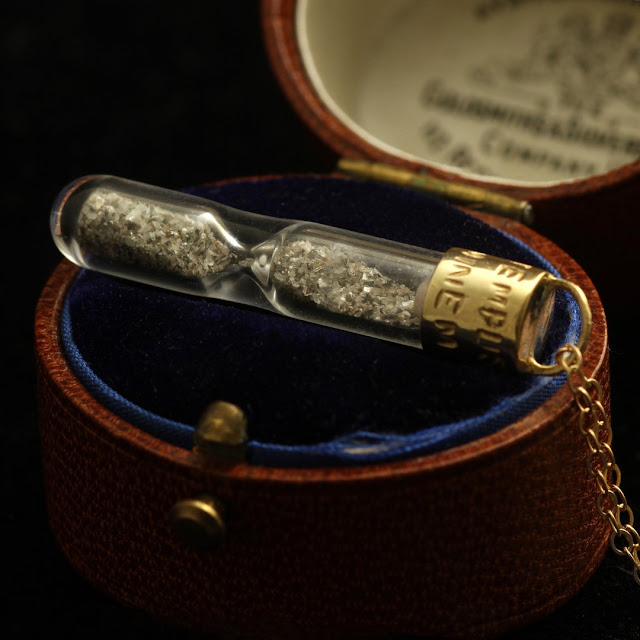 Black Sun (Sol Niger) setting on the outskirts of a city. From Splendor Solis (The Splendour of the Sun), a German illuminated alchemical treatise ca. 1582. Found at magic transistor.

Diane and Gerry Weintraub: Ocean Moss. A miniature book of photos in the collection of The Met.

The important question lying behind many possibly intractable issues is whether people are serious – whether their stated beliefs, are authentic, or merely devised to achieve a certain self-presentation or outcome. Campaign polls, social media, ‘progressive’ politicians, ‘populist’ politicians, journalists invoking ‘free speech’ and ‘democracy’, quack doctors invoking science, your Facebook friends invoking quack doctors, skincare, astrology: clearly, not everything is what it seems, but it’s hard to tell what it actually is.

Some modern critics exploit this uncertainty, grounding their analyses in the stability of conventional moral wisdom even as they bemoan its absence. They emphasise the primacy of emotions and the importance of ‘empathy’ in order to avoid the discomfort of thought and the stakes involved in taking a position.

The loss is tremendous and heartbreaking on so many levels, both the human suffering and the wiping out of other species, the loss of places, seasons. And it strikes me that it seems so much easier to imagine these losses than to imagine that we could change ourselves and create a different form of living on the planet.

It is really crucial that we learn to imagine what we could gain. If we can't imagine it, it’s more difficult to create. It'll make us dependent on accidents, serendipities.


Climate adaptation specialist Dr. Susan Moser in conversation with Laurie Mazur for Earth Island Journal, 1/22/2019, talking "about communicating bad climate news, the benefits of 'functional denial,' the varied flavors of hope, and the better world we can build in the wreckage of life as we know it."

Related: Emma Marris/NYT — "How to Stop Freaking Out and Tackle Climate Change."

The late Charles Sprawson on swimming: “It seemed to me that it appealed to the introverted and eccentric, individualists involved in a mental world of their own.”


"One drunken night, a superb painter let me take a brush to a canvas that she said she was abandoning. I tried to continue a simple black stroke that she had started. The contrast between the controlled pressure of her touch and my flaccid smear shocked me, physically. It was like shaking hands with a small person who flips you across a room."

Filed under something beautiful to look at: 25 influential rooms—"[O]ne history of design in the West on one day from one group of highly opinionated people."

He did it partly because he wanted to look like a member of Blink-182 every day of the year, partly because he was convinced his newly sprouting leg hair would keep him warm, and partly because his mother begged him to put on something more sensible. That last one, he added, might have been a key factor: “I think it probably had to do with the age,” he said. “Having a little more personal agency, and a little of that ‘You can’t make me’” attitude.

Labels: art, berndt friberg, books, ceramics, furniture, in the news, jewels, odds and ends, periodicals, pretty words, the sun, things for houses, time
Newer Post Older Post Home
What sort of diary should I like mine to be? Something loose-knit and yet not slovenly, so elastic that it will embrace anything, solemn, slight or beautiful, that comes into my mind. I should like it to resemble some deep old desk or capacious hold-all, in which one flings a mass of odds and ends without looking them through. I should like to come back, after a year or two, and find that the collection had sorted itself and refined itself and coalesced, as such deposits so mysteriously do, into a mould, transparent enough to reflect the light of our life, and yet steady, tranquil compounds with the aloofness of a work of art. The main requisite, I think, on reading my old volumes, is not to play the part of a censor, but to write as the mood comes or of anything whatever; since I was curious to find how I went for things put in haphazard, and found the significance to lie where I never saw it at the time.