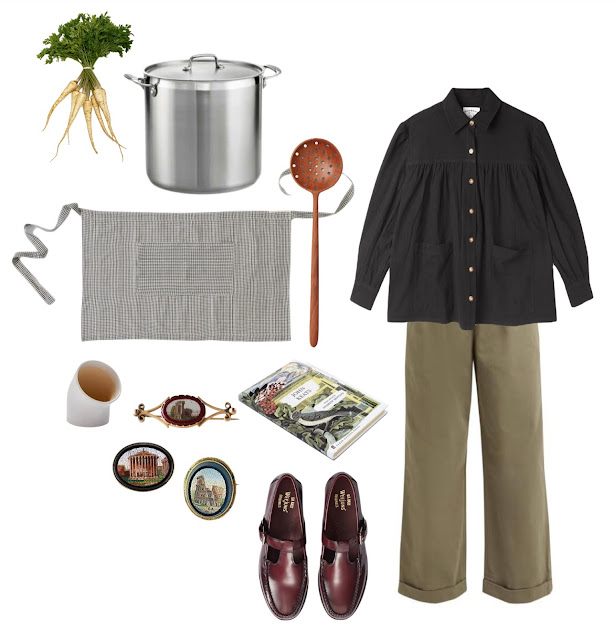 Lately, I have been getting into egg rafts. Not actually aboard egg rafts—that would be slimy and gross, and perilous, too, because an egg raft is the foamy mass of cooked egg that forms on top of a pot of hot stock after adding some egg white mixed with water. The idea is that as the egg cooks, it traps all of the whirly mystery particulate matter that that clouds my homemade stock.
It has been a stock-intensive couple of weeks; people in my family are recovering from surgeries and needing care, so I have been making pot after pot. I've been remembering a particular chicken stock I ate four times when I lived in New York: clear as water but golden, with shimmering ovals of rendered fat. It is one of the most delicious things I have ever eaten. (I took my mother there for lunch once when she visited me, and we still reminisce about it.) Beside the flavor, though, the beauty of it stays with me. It was like sipping sunlight.
Maybe that memory is why I have started trying to clarify my stock, deploying egg rafts and cheesecloth to try and make it plain that real care has gone into the soup along with the parsley root. It is not easy to see people you love in pain and know there is not much you can really do, that they are at the brusque mercy of the diagnosis treatment industry in this county (healthcare being a total misnomer, as actual care is nowhere evident and health is beside the point, not being a billable code).
I simmer on, concentrating. I think about the phrase taking stock, which probably comes from counting cows, but done literally is also an action of care. And also in the soup, meaning surrounded by trouble. Soupy thoughts and feelings percolate, like the little bits of cooked egg white that float up out of the brothy depths, carrying things to the surface after two years on the boil. Despite my efforts, the stock is not clear, but I'll keep trying.
*
An ensemble for reading poems on the sofa while the soup simmers: parsley root / stockpot / pear wood skimmer spoon / gingham apron / salt pig / Meadows pocketed shirt / Katherine Hamnett trousers / Victorian micromosaic brooches of Roman ruins to pin on pockets (my personal Fall 2022 trend) / t-strap Bass Weejuns / a volume of Keats to pass the time.

Labels: imaginary outfit
Older Post Home
What sort of diary should I like mine to be? Something loose-knit and yet not slovenly, so elastic that it will embrace anything, solemn, slight or beautiful, that comes into my mind. I should like it to resemble some deep old desk or capacious hold-all, in which one flings a mass of odds and ends without looking them through. I should like to come back, after a year or two, and find that the collection had sorted itself and refined itself and coalesced, as such deposits so mysteriously do, into a mould, transparent enough to reflect the light of our life, and yet steady, tranquil compounds with the aloofness of a work of art. The main requisite, I think, on reading my old volumes, is not to play the part of a censor, but to write as the mood comes or of anything whatever; since I was curious to find how I went for things put in haphazard, and found the significance to lie where I never saw it at the time.