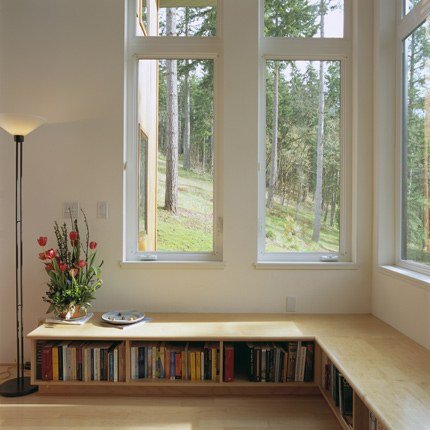 It's raining this morning, and the gray sky sets off the dull brightness of the yellowing leaves. Drizzly days always make me feel like I have stepped into one of Bert's smeary chalk drawings in Mary Poppins.

Slowly, we're settling into new routines and my mind feels like it is settling, too, after the great baby shake-up. It's a pleasant jumble of ideas and plans and projects, one of which is finding some interesting new things to read. My working shortlist, with brief excerpts from each:

David Maraniss: Once in a Great City: A Detroit Story


The chronology here covers eighteen months, from the fall of 1962 to the spring of 1964 ... It was a time of uncommon possibility and freedom when Detroit created wondrous and lasting things. But life can be luminescent when it is most vulnerable. There was a precarious balance during those crucial months between composition and decomposition, what the world gained and what a great city lost. Even then, some part of Detroit was dying, and that is where the story begins.

As he stood that day on Chimborazo, Humboldt absorbed what lay in front of him while his mind reached back to all the plants, rock formations and measurements that he had seen and taken on the slopes of the Alps, the Pyrenees and in Tenerife. Everything that he had ever observed fell into place. Nature, Humboldt realized, was a web of life and a global force. He was, a colleague later said, the first to understand that everything was interwoven as with ‘a thousand threads’. This new idea of nature was to change the way people understood the world.

I thought that I understood the purity of porcelain and its attraction for so many people – to the point of obsession – for a thousand years. Porcelain comes from China. It was so rare, so arcane in medieval Europe, that to drink from porcelain was supposed to prevent poison. The story of its travels, of its trade, is one of desire. There are very few materials in the world that embody such a strong transformational pull from earth to something that is so light, translucent, so fine that it rings as clear as a bell. It is alchemy.

But there is nothing simple about simplicity. Desire and power, in conjunction with purity, comes at a great cost.

In the middle of her life, she was sick of the peace movement, and she was sick of being a brown person in North America, so in the mid-​1980s she moved to Nicaragua with her husband, Charles Gray, to work with Latinas like herself. She thought: “The woman who gets up at three a.m. to grind the corn, she’s had thirteen babies, half of whom have died either because of disease or because of the war, and this woman has never had five minutes to realize what sort of a human being she could be, because she’s always cooking and having babies and burying her children—that is the woman I want to work with.”

John Berger: The Shape of a Pocket

The pocket in question is a small pocket of resistance. A pocket is formed when two or more people come together in agreement. The resistance is against the inhumanity of the New World Economic Order. The people coming together are the reader, me, and those the essays are about–Rembrandt, Paleolithic cave painters, a Romanian peasant, ancient Egyptians, an expert in the loneliness of a certain hotel bedroom, dogs at dusk, a man in a radio station. And unexpectedly, our exchanges strengthen each of us in our conviction that what is happening in the world today is wrong, and that what is often said about it is a lie.

Steven Millhauser: Voices in the Night


But the voice in the night is scary as witches. The voice in the night knows you’re there, even though you’re hidden in the dark. If the voice calls your name, you have to answer. The boy imagines the voice calling his name. It comes from the ceiling, it comes from the walls. It’s like a terrible touch, all over his body. He doesn’t want to hear the voice, but if he hears it he’ll have to answer. You can’t get out of it.

Helen Macdonald: H is for Hawk


Looking for goshawks is like looking for grace: it comes, but not often, and you don’t get to say when or how. But you have a slightly better chance on still, clear mornings in early spring, because that’s when goshawks eschew their world under the trees to court each other in the open sky.

Have a recommendation? Send an email: evencleveland at gmail dot com.

Bookshelf inspiration from Marie Claire Maison.  (I keep track of books, inspiring images of libraries and bookshelves, and other readerly things on Pinterest.)

Labels: andrea wulf, books, edmund de waal, helen macdonald, john berger, larissa macfarquar, steven millhauser
Newer Post Older Post Home
What sort of diary should I like mine to be? Something loose-knit and yet not slovenly, so elastic that it will embrace anything, solemn, slight or beautiful, that comes into my mind. I should like it to resemble some deep old desk or capacious hold-all, in which one flings a mass of odds and ends without looking them through. I should like to come back, after a year or two, and find that the collection had sorted itself and refined itself and coalesced, as such deposits so mysteriously do, into a mould, transparent enough to reflect the light of our life, and yet steady, tranquil compounds with the aloofness of a work of art. The main requisite, I think, on reading my old volumes, is not to play the part of a censor, but to write as the mood comes or of anything whatever; since I was curious to find how I went for things put in haphazard, and found the significance to lie where I never saw it at the time.