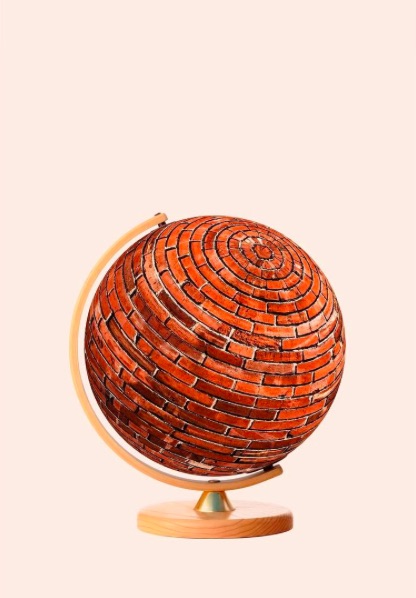 And to most people watching the refugee crisis unfold, the refugees detained and turned back at airports across the country are likely abstractions, too. They do not see what brought them there or the bureaucratic Rube Goldberg machine they had to navigate to be deemed safe and responsible refugees.

I look at them and I see us, sitting in that strangely lit room with the Immigration and Naturalization Service officers who processed us and to whom, I’m sure, we were an abstraction, and who didn’t tell us that the way we transliterated our last name was stupid and that people would forever after think it began with lowercase L and not an uppercase I. But I think about that room and the refugee cards they filled out, cards we still have to this day, and what would have happened if we too had been turned back.

Where would we have gone? We were people without a home, without a country. We had been stripped of our Soviet citizenship, we had sold everything to pay the four steep fines for having four citizenships stripped from us, and we certainly didn’t have enough money left over for four plane tickets back, back to a country we no longer belonged to and wouldn’t have us. After all that paperwork and waiting, where would we go?


Julia Ioffe, 'This Is What It's Like to Come to the United States as a Refugee." The Atlantic, 1/29/2017. (This is an extraordinary piece of writing.)


A day after American-born Omar Mateen’s June 12 attack on the Pulse nightclub in Orlando, Florida, Donald Trump, the Republican presidential nominee, warned of “a better, bigger version of the legendary Trojan horse,” declaring: “We have to stop the tremendous flow of Syrian refugees into the United States—we don’t know who they are, they have no documentation, and we don’t know what they’re planning.”

Trump’s claims are myth, not fact. Of the nearly 5.5 million people who have fled the conflict in Syria during the past five and a half years, around 10,000—less than 0.2 percent of the total Syrian refugee population—have been resettled in the US from Syria’s neighbors this year. We know who they are, because refugees are the single most vetted population entering the US. The UN Refugee Agency (UNHCR) registers, documents, and verifies the claim of all those whom it refers to the government for resettlement. The Department of Homeland Security, the Department of Defense, the Federal Bureau of Investigation, and multiple intelligence agencies then conduct interviews, gather detailed biographical and biometric data, and carry out a range of background checks on every candidate before they receive clearance to travel to the US. The entire process takes between eighteen and twenty-four months. There is no harder route into the US.


President Donald Trump on Friday banned nationals of seven Muslim-majority countries from entering the United States for at least the next 90 days by executive order. The order bars all people hailing from Iraq, Syria, Iran, Libya, Somalia, Sudan and Yemen. Those countries were named in a 2016 law concerning immigration visas as "countries of concern."

The executive order also bans entry of those fleeing from war-torn Syria indefinitely. Trump also has stopped the admission of all refugees to the United States for four months.

As a result of this order, U.S. green card holders — permanent legal residents — including a ten year old and a five year old —  have been and are being detained, and refugees are being turned away.

A protest that started at JFK spread to airports across the country, and lawyers have set up shop on airport floors and in food courts to defend people trapped by this new policy.

From Marcelo Rochabrun, reporting for Pro Publica on 1/28/17:


Since the order’s travel ban applies to all “aliens” — a term that encompasses anyone who isn’t an American citizen — it could bar those with current visas or even green cards from returning to the U.S. from trips abroad, said Stephen Legomsky, a former chief counsel to the U.S. Citizenship and Immigration Services under President Obama.

Labels: david miliband, in the news, julia ioffe, refugees, studio proba, the body politic
Newer Post Older Post Home
What sort of diary should I like mine to be? Something loose-knit and yet not slovenly, so elastic that it will embrace anything, solemn, slight or beautiful, that comes into my mind. I should like it to resemble some deep old desk or capacious hold-all, in which one flings a mass of odds and ends without looking them through. I should like to come back, after a year or two, and find that the collection had sorted itself and refined itself and coalesced, as such deposits so mysteriously do, into a mould, transparent enough to reflect the light of our life, and yet steady, tranquil compounds with the aloofness of a work of art. The main requisite, I think, on reading my old volumes, is not to play the part of a censor, but to write as the mood comes or of anything whatever; since I was curious to find how I went for things put in haphazard, and found the significance to lie where I never saw it at the time.