Outside, the sky is grey and a mizzling rain has blurred the edges of the world like a softly smudged drawing. Sean and Hugh bundled up in fleeces and rain suits and left for adventures, and I woke up this morning with the sort of vague headache that either turns into something truly terrible or disappears completely, so I used that as an excuse to cancel all my plans to be a useful member of society and spent the morning instead rummaging through books and thinking about ghost stories. 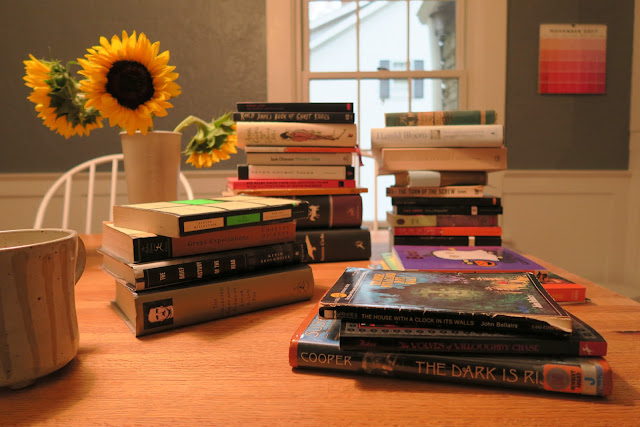 This time of year, I'm always looking for just the right sort of scary story — usually less outright scare, really, and more creeping dread and uncanny happenings. Penguin sent me a copy of Joan Lindsay's Picnic at Hanging Rock, which looks promising, and I ordered a copy of Lolly Willows.

There's a wonderful Frog and Toad story by Arnold Lobel called "The Shivers." Frog tells Toad a tale about a monstrous frog, and throughout Toad asks again and again if the story is real. Toad says maybe so, maybe not, and at the end, Lobel describes them both trembling with fear but safe by the fire, enjoying the lovely feeling of the shivers.

That's the sort of story I like, too — something suspenseful and unsettling that feels just real enough — and I thought I would go through my shelves and find a few books worth putting on a list of Halloween-ish reads. 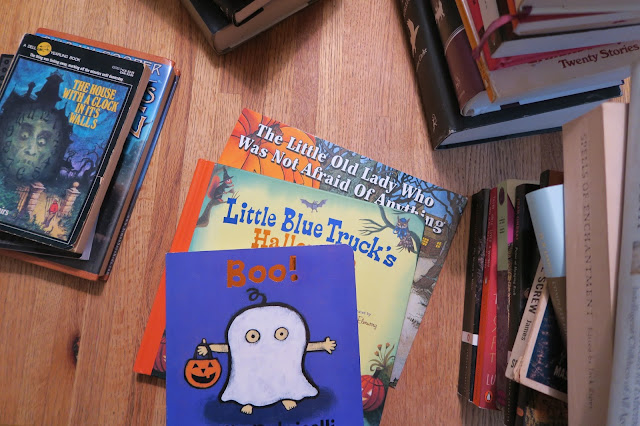 Halloween stories for Hugh have been a bit tricky to find. He's much too small for anything with ghosts or monsters, and I've been happy to dodge explaining those things to him. We've enjoyed Leslie Patricelli's Boo and Little Blue Truck's Halloween, which both focus more on the fun of dressing up and being out at night than anything scary. In terms of the very gentlest scares, the chapter in Winnie the Pooh "In Which Pooh and Piglet Go Hunting and Nearly Catch a Woozle" is just about right for Hugh.

For the three-and-up set, The Little Old Lady Who Was Not Afraid of Anything and Kazuno Kohara's Ghosts in the House! (about a little girl who catches ghosts and puts them in the washing machine) are delightful. 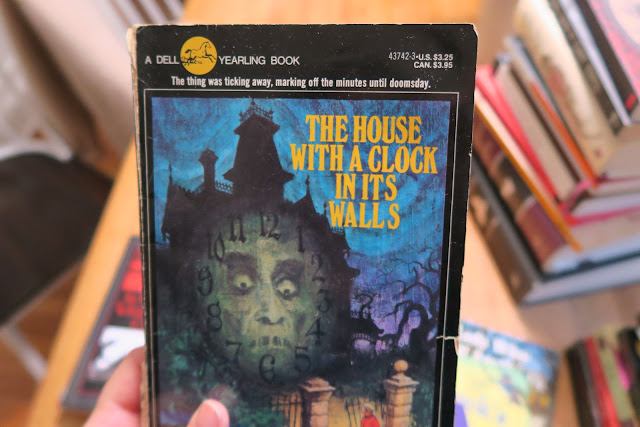 For older children, the shivers start to come into play. John Bellairs is an expert crafter of page-turning tales where ordinary kids find themselves mixed up in perilous, supernatural happenings. I find these plenty scary, myself, and enjoy the casual way Bellairs folds in all sort of specific historical details about everything from old coins to Napoleonic cannonry.

Another shivery read is Susan Cooper's The Dark is Rising series. I read it first when I was ten or twelve, and was utterly enthralled. I'm enjoying it almost as much this time around. Narrow grey houses hiding secrets, wheeling rooks and Arthurian legend, secret signs and malignant snow and suspense.

I'd also put Phillip Pullman's His Dark Materials on the short list of shivery books written especially for those perched on the far edge of childhood (though it is more shivery in parts than shivery throughout). I can't wait to read the Book of Dust. 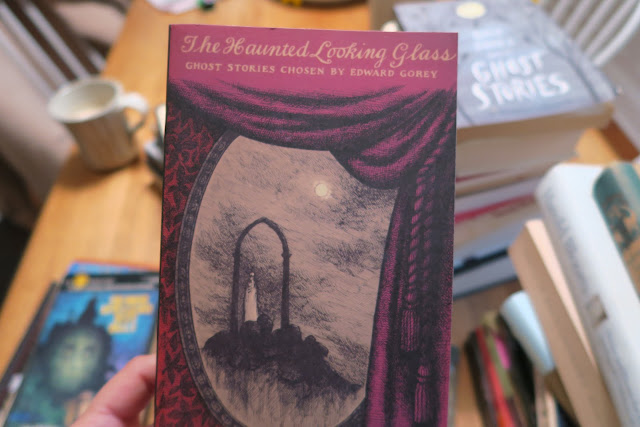 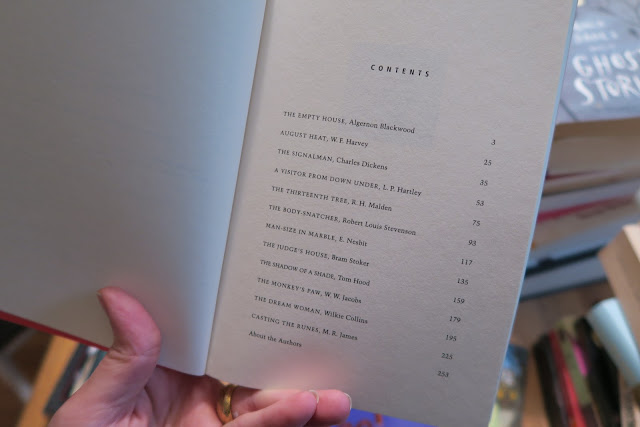 Short stories lend themselves well to the uncanny. I have two good collections: Roald Dahl's Ghost Stories and Edward Gorey's The Haunted Looking Glass. Between them, most of the classic literary ghost short stories are represented. Gorey's, as you might expect, has some wonderful, darkly intricate illustrations. 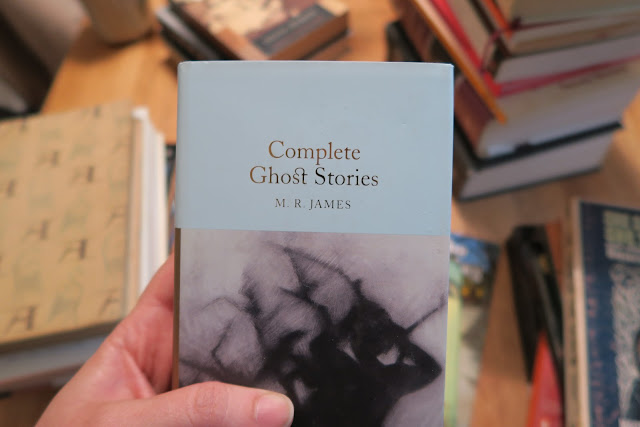 Reading this collection of M.R. James kept me up late two nights this week. These are a particular type of very British ghost stories, featuring Oxford scholars, antiquarian books, old manors and supernatural monsters. Anthony Lane said James "knew the sensation of evil rubbing itself against us, like a cat." Yep.

For unsettling reimaginings of fairytales with a gothic bent, I'd recommend Angela Carter's The Bloody Chamber, though the original versions of most fairy tales are plenty chilling. I have an edition of Grimm's with illustrations by Arthur Rackham that gave me nightmares as a child. 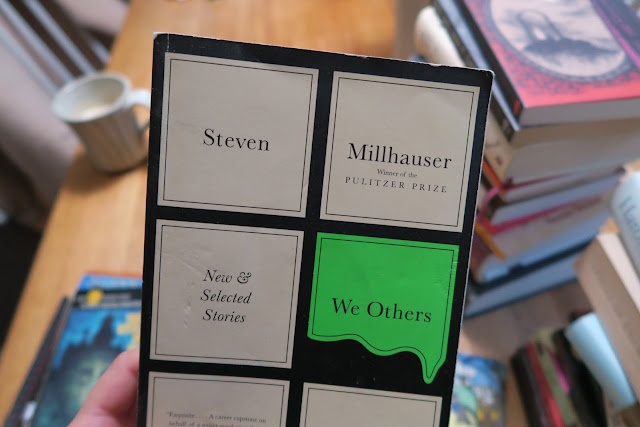 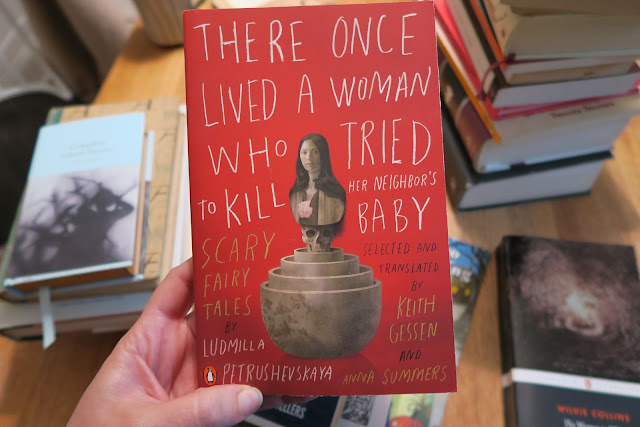 In terms of living authors, Steven Millhauser and Ludmilla Petrushevskaya write brilliantly unsettling ghost stories. The last story in this particular Petrushevskaya book, "The Black Coat," is strange and dreamy and has the peculiar plausibility of an alternate truth, as does Millhauser's "We Others," which always leaves me a bit jumpy. 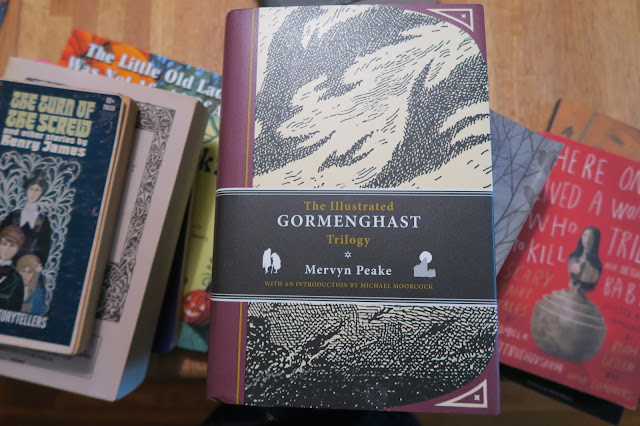 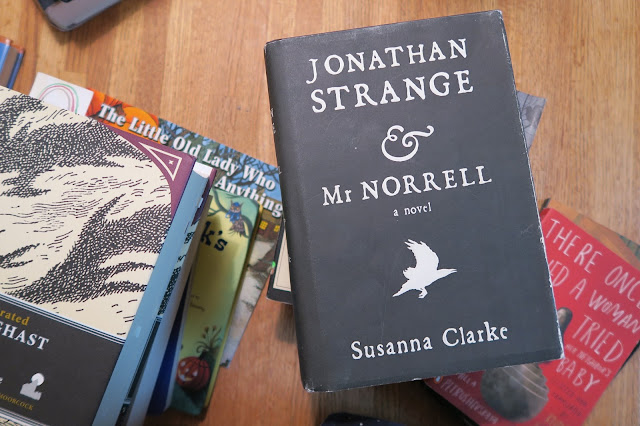 For a more sustained stay in supernatural realms, I love Jonathan Strange and Mr Norrell and the Goremenghast trilogy (both of which I've written about here and here).

Time to make a plate of pumpkin cookies, brew a pot of tea and start reading.

Labels: books, halloween, things in my house
Newer Post Older Post Home
What sort of diary should I like mine to be? Something loose-knit and yet not slovenly, so elastic that it will embrace anything, solemn, slight or beautiful, that comes into my mind. I should like it to resemble some deep old desk or capacious hold-all, in which one flings a mass of odds and ends without looking them through. I should like to come back, after a year or two, and find that the collection had sorted itself and refined itself and coalesced, as such deposits so mysteriously do, into a mould, transparent enough to reflect the light of our life, and yet steady, tranquil compounds with the aloofness of a work of art. The main requisite, I think, on reading my old volumes, is not to play the part of a censor, but to write as the mood comes or of anything whatever; since I was curious to find how I went for things put in haphazard, and found the significance to lie where I never saw it at the time.