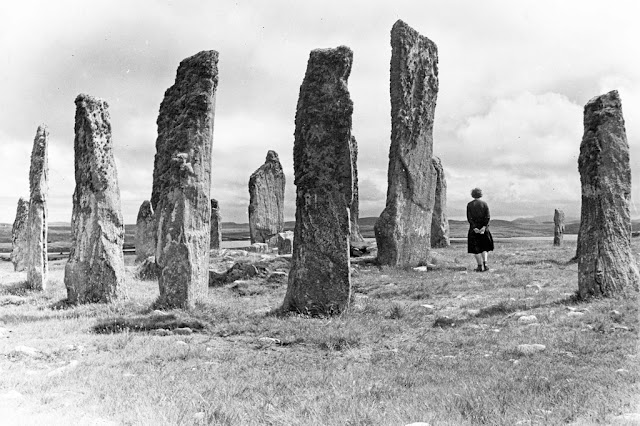 Conglomerate rock is easy to identify—it is a sedimentary rock made of up little pebbles, usually rounded though sometimes not, bound together by naturally-forming cement. It turns up on the beaches of Lake Erie, and I have a particularly nice piece—heavy and rounded, with a pleasing variety of cloudy grays and quartz glimmers—sitting on my desk.
Reading Hugh Raffles mesmeric book about rocks—The Book of Unconformities: Speculations on Lost Time—I got to thinking about how a book can be like a rock. As Raffles explains it, an unconformity, geologically speaking, is "discontinuity in the deposition of sediment." It is a visible mineral rupture in the expected geological timeline created by eruptions, collisions, or tectonic shifts—"a material sign of a break in time." Raffles describes them as "both a seam and a rupture."
A great book is an unconformity, too, a manifestation of mind that somehow takes the material surrounding us and pressures it into something else–maybe new, maybe not, but something with its own integrity that stands apart, a demarcation. And one of the greatest pleasures I find in reading is an encounter with this sense of completeness, of something (mind? thought?) fully manifest, which maybe sounds woo-woo, but reading my favorite books has a feeling I sometimes find akin to a weathered rock in the hand, whole and heavy and complete.
Anyway, as I read this book, which is organized into a series of grief-sparked encounters with rocks and minerals—marble, sandstone, gneiss, magnetite, blubberstone, iron, and muscovite—excavating the intricately connected mysteries, histories, and tragedies in northern landscapes where they are found, I was distracted by recognitions—of the trace fossils of W.G. Sebald in the long twisty sentences Raffles stacks with facts like cairns marking the path of thought; the grainy black-and-white photos that punctuate the text; the culmination in a story about the Holocaust. But Barry Lopez is here, too, in the careful attentiveness to landscapes, particularly Arctic landscapes, and the patient untwining of the multiplicity of experiences that have happened as white people moved into Indigenous places, of traumas to the land, animals, and people, and in curiosity-sparking footnotes that point to whole other books-worth of detail. These two writers shadowed my reading, making me wonder if Raffles could make their signature patterns somehow his own. In the end, he didn't, quite—the effect was conglomerate, a sort of pleasing agglomeration. 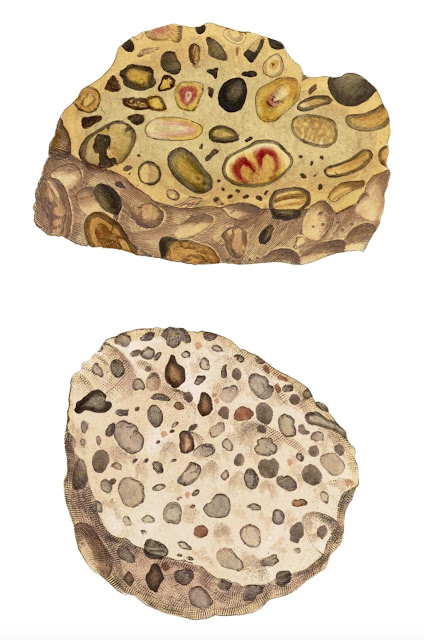 I wonder how I might have read it if I hadn't read those other authors first. In the section on gneiss, Raffles goes to the Isle of Lewis in the Outer Hebrides of Scotland to see the standing stones of Calanais. The stones used are uniquely ancient in a landscape where most rock is fifty to 300 million years old:

... the Lewiston gneiss from which the builders of the monuments at Calanais selected and quarried their sparkling monoliths with black hornblende inclusions is something close to three billion years old and started life not as muddy deposits in warm, shallow seas accreting grain by grain and organism by organism, but as churning magma dozens of miles underground in the Earth's mantle, calling, solidifying, and crystallizing into igneous granites, granodiorite, tonalities, basalts, and gabbros, then buried, reheated, sheared, and recrystallized, crushed, twisted, stretched, pressed, and folded in at least two major metamorphic, mountain-building events occurring over the next 1.5 billion years, warped and recast in such tortured ways that their original features, the defining traits of the protoliths of these islands, were thoroughly erased. These are the Lewisian gneisses, 'a rock that once seen and handled is never forgotten.'

The stones were placed around 3000 B.C.E. in a complex arrangement of rings, rows, avenues, and monoliths—likely in a pattern of astronomical significance.
It amuses me to think that I do something similar with authors and their works, arranging them into my own inscrutable patterns of meaning and significance that depend on time and order. I like thinking of them as standing stones in my mind.
*
Besides hefty rock thoughts, I spent quite a bit of time this week reading Professor Astrocat's Human Body Odyssey. Nothing like a fact-laden kids' book to remind you of how much you have forgotten, or tell you exactly how far your DNA might stretch if laid end-to-end (to the sun and back—600 times). Right now, my six-year-old detests reading—this, despite growing up in a house full of books, with parents who read all the time and hours of daily read-aloud time from birth—but I can't blame him, given the books he has to read for school—even aggressive punctuation can't add excitement to titles like I Found a Nut! and Bed, Ben, Bed! (I hated reading, too, until I was old enough to read what interested me.) Fortunately, he still loves being read to, at least for now, so Professor Astrocat to the rescue.
*
Images:
Photo of a woman among the standing stones at Calanish by Violet Banks, ca. 1930s.
James Sowerby's illustration of Quartzose Pudding Stone, ca. 1802-1811, from Exotic Mineralogy.

Labels: book report, books, rocks
Newer Post Older Post Home
What sort of diary should I like mine to be? Something loose-knit and yet not slovenly, so elastic that it will embrace anything, solemn, slight or beautiful, that comes into my mind. I should like it to resemble some deep old desk or capacious hold-all, in which one flings a mass of odds and ends without looking them through. I should like to come back, after a year or two, and find that the collection had sorted itself and refined itself and coalesced, as such deposits so mysteriously do, into a mould, transparent enough to reflect the light of our life, and yet steady, tranquil compounds with the aloofness of a work of art. The main requisite, I think, on reading my old volumes, is not to play the part of a censor, but to write as the mood comes or of anything whatever; since I was curious to find how I went for things put in haphazard, and found the significance to lie where I never saw it at the time.